Are you in the market for a new dog? The American Kennel Club recognizes hundreds of individual dog breeds, so you certainly won’t hurt for choice.

Of course, not all breeds are created equal. Some AKC breeds are immediately recognizable by their names and profiles: Border Collies, Huskies, Labrador Retrievers and many others. Some breeds are more obscure, even if they’re similar to better-known varieties. And some breeds occupy a middle ground — you’d probably recognize them if you passed them on the street, but their names might escape you.

Whether you’re a fan of big, rambunctious dogs or small, tidy pups, it’s hard to go wrong with these five breeds. All are super popular right now, which is great news if you’re looking to bond with fellow owners in your neck of the woods.

But be responsible: Don’t go for an eager breeder or pet shop, which are often in it for the money and don’t have the dogs’—or your—best interest at heart. Talk with your local animal shelter or breed rescue organization to see if they can match you with the dog that’s right for you.

Dutch Shepherds are one of the original police dog breeds, and they’ve got the attitude to prove it. Dig deeper, though, and you’ll see why this breed is renowned for its tender heart and protective nature — and why it’s quickly gaining on the better-known German Shepherd.

This is an ideal option for families with larger yards. If you live in a smaller space, make sure your Dutchie gets plenty of exercise.

French Bulldogs are quite a bit smaller than Dutch Shepherds, but they’re no less lovable. These little bundles of joy are spectacular city dogs. While they can’t quite fit in your handbag, they’re more than happy to curl up on your couch (or, hopefully, the dog bed in the corner). And they play well with others — a must for any canine urbanite.

“I had no idea there were so many Australian Shepherd fans in Philly,” says southeastern Pennsylvania attorney David DelCollo, a new Aussie Shepherd owner and fervent convert to the cause. 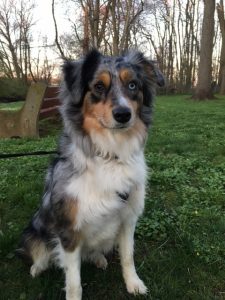 Turns out there are Australian Shepherd fans everywhere, and their numbers are growing fast. Aussie Shepherds have lots of energy and tons of smarts, which isn’t at all surprising for a breed built to outlast the vast herds of sheep dotting Australia’s wide open spaces. This is a great family breed.

“‘Miniatures’ aren’t a dog breed,” you say. “There are, like, dozens of miniature varieties!”

And you’re right, of course. But miniatures make the cut en masse because, as a group, they’re increasingly popular. Chalk it up to downsizing baby-boomers or eco-conscious millennials; whatever the reason, it’s hard not to walk down the street in any big city without bumping into a miniature breed. So: who’s your mini?

Scotties are vivacious, determined — and brutally honest. Put another way, you don’t really know “stubborn” until you’ve spent some time around a Scottish Terrier. That’s actually a blessing in disguise for folks who need to call on these pups’ vermin-hunting skills. And it’s pretty darn adorable regardless.

What’s your favorite dog breed? Are you convinced that it’s the right choice for your family?